The Paradox of Retreat Living 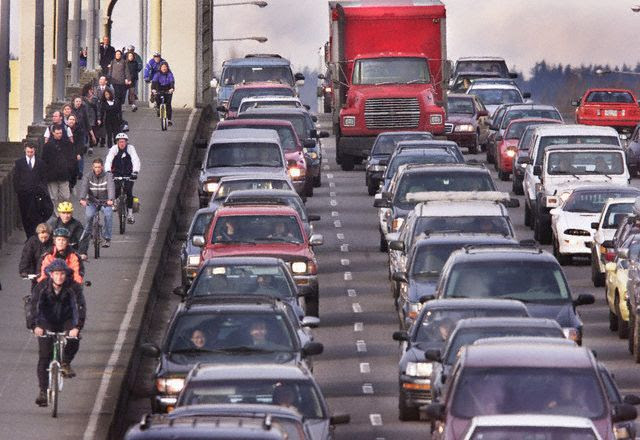 from TEOTWAWKI Blog by TEOTWAWKI Blog
Retreat living has long been a part of modern survivalism--from Ragnar Benson's 1983 book The Survival Retreat: A Total Plan for Retreat Defense (and I'm sure there are many earlier references) through to today's Rawlesian survivalism.

One of the main criteria of a survival retreat is that it must be far removed from any major cities. The typically cited rule of thumb is that a retreat should be located more than one gas tank away from a major city--around 300 miles. This distance is intended to keep the retreat out of the range of the large portion of the refugee hordes in a TEOTWAWKI scenario.

Living full time at the retreat pre-TEOTWAWKI takes away any risks associated with bugging out from a population center during a disaster, and also means that the retreat is maintained, protected and developed year round. You're on the property to keep an eye on your supplies and to tend to your fields, garden or livestock.

While living in relative isolation at a full-time rural retreat is theoretically one of the best options for making it through a TEOTWAWKI scenario, the same isolation creates problems with finding gainful employment--causing definite problems for getting together adequate preparations and living adequately in the normal, pre-TEOTWAWKI world. It also isolates retreaters from family and friends--the people you would depend on most during a post-collapse scenario.

Lack of Employment
Unless you're retirement age, independently wealthy, or willing to live on the government dole, you need to work for some portion of your income. Good jobs are hard to come by in rural areas, and the recommended distance (300 or so miles) makes commuting in to work a difficult proposition.

There are certainly ways to do the commuting thing, but they involve a lot of compromise and driving. For example, you could live in the city a few days of the week, then drive back to the retreat for the rest of the week. You could theoretically telecommute full-time, but telecommuters do, shockingly, often need to travel and visit their employers or customers in-person. Either way, you'll need to do a lot of driving--4 or 5 hours into the office or the nearest major airport. That adds up to a lot of driving--putting you at greater risk of accident before TEOTWAWKI--and possibly leaving you stranded hundreds of miles away from home if you're traveling when TEOTWAWKI hits.

So, you may need to find a local job--and there typically are very few of those jobs in small towns. Rawles recommends a town of no more than 1000 people for a remote rural retreat; if you're in the private sector, you won't find much more than working at the local service station. Government jobs are more plentiful in small towns--school teacher, BLM or forest service, fire department, EMS, local police force, local hospital, etc. Those jobs exist pretty much everywhere and can ingrain you, fairly quickly, with the local populace. If you've got a different line of work though, you're out of luck.

One very good potential source of income is owning and operating a largely Internet-based small business. If you're the owner and operator, and don't need to have face-to-face contact with customers or have a large number of employees, you're good to go. There's a wide range of possibilities--selling custom-made gear, full time blogging, etc.

Owning an offline business could also work, with the right opportunity. Running a hunting guide company, 4x4 tour company, or hey--if you've got the skills and needed land and tools--a ranch or farm--could work.

Why Employment Matters
If you can't pay the bills before TEOTWAWKI, good luck staying in your new retreat property and adding to and maintaining your preps and supplies.

Even if you can find a local job, it will almost certainly pay substantially less than a comparative job in a more populated area. In some ways, that is offset by the lower cost of living, but most prep gear costs the same no matter where you live. There is a lot of gear and logistics to purchase and stock away, and that's hard to do when you've got a limited budget.

Futhermore, if you land a job out in the boondocks, expect it to be slower paced and with less growth potential. If you're the kind of person who thrives on a fast-paced environment, career advancement and job growth then you may go nuts out in the country. If you've got professional ambitions, it's not likely that you can fulfill them living full-time at a retreat. You've only got one life to live--don't pass up those dreams to hide away in the middle of nowhere.

Isolation from Family and Friends
Unless you grew up near you retreat, the isolation that separates you from the hordes will separate you from your family, friends and loved ones. You will see them less often. 300 miles is a long way to drive, so don't expect loved ones to make that journey. Some will--but some you won't see unless you make the trip. The distance becomes even more difficult to deal with when you tack a plane flight on the front end--a flight and a 4 to 5 hour drive is a long trip.

Why Living Closer to Family and Friends Matters
Your family is what matters most in life--they're what all of those guns, gear, bullets and band aids are meant to protect. Do not take isolating yourself from them lightly--it will mean seeing less of your longtime friends, cousins, aunts, uncles, brothers, sisters, parents, kids and grandkids. If those relationships--especially friendship--fade due to distance, that isolation may also mean that your old survival/prep/gun buddies don't show up on your doorstep as planned when TEOTWAWKI hits.

Even if seeing old friends and extended family doesn't matter to you, it's likely that it will matter to your wife or your children.

Again, you only have one life to live--you don't want to be absent from the lives of your loved ones because you're afraid of the apocalypse.

It CAN Work
I don't want anyone to think that I am dismissing the idea of living full-time at a retreat--even one as isolated as typically recommended. It can work, in certain circumstances, and if you and your family are ready and willing to make the accompanying sacrifices.

For most of us, though, the full-time retreat life is impractical and out of reach. The drawbacks of living in full on rural isolation are just too great.

There are alternate approaches, the best of which I think is to have a piece of "bug out land," to head to when trouble rears its head. While far from perfect, I think it offers the best compromise for the average prepared citizen. We'll discuss this more in the future.

Posted by Bax on 3/05/2010 08:08:00 PM
Email ThisBlogThis!Share to TwitterShare to FacebookShare to Pinterest
Labels: Retreats/Shelters, Transportation