Self-Sufficiency as a Retirement Investment 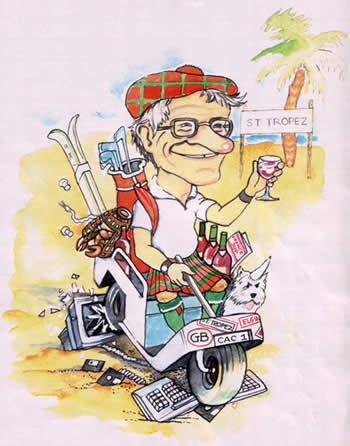 from BRITISH COLUMBIA PREPPERS NETWORK by Cory
One aspect of preparedness that is very popular among preppers is the concept of "prepping as retirement".

The dream of retirement is really a dream of independence and financial self-sufficiency, which is central to prepping.

Too many people in this country retire with only their Canada Pension Plan.  The good thing about the CPP is that everybody gets one; the bad thing is that it's not enough to live on.  If they're lucky they may have put some money into a Registered Retirement Savings Plan, however, this isn't true self-sufficiency.

You do not want to be dependent on only these sources of retirement income;  RRSPs can lose value and the CPP is only around $800 a month, if you're lucky.  Both are subject to tax that further reduces your income.

If you want to increase your financial independence there are really only two ways to do this:

1) decrease the money going out

2) increase the money coming in

Apart from an income, the basics you need to survive in retirement is food, shelter and water.

The less you have of the last 3, the more income you'll need to purchase them.

Fortunately the reverse is also true! The more you have of the survival basics the less income you'll need in retirement.

The prepper lifestyle can help with both these goals and may even allow you reach that "Freedom 55" or earlier!

One of the basic rules of prepping is to avoid debt as much as possible (with the exception of a house mortgage if necessary).

It's pretty simple to realize that living on a fixed income is much easier if you don't have any debts to pay.  All that money saved will give you the FREEDOM to do what you want with your life; isn't that what liberty and independence is all about?

A popular method of paying off debts is the "snowball" method.  Basically you focus on paying off the debt with the smallest balance first and then apply that payment PLUS the regular monthly payment to the next smallest debt.

Rinse and repeat until all debts are gone including the mortgage.

A couple I know both have low incomes.  She's on a government pension and he brings in a little more than minimum wage, yet all the family and neighbors are surprised at the type of lifestyle they have.  Nice house, nice car and not wanting for anything. The secret isn't that they're scamming the system somehow, it's simply that they paid off their house years ago and they spend wisely without going into debt.

This should be your goal.

Think of all the prepping supplies and activities you could do if you had no debts...which brings us to tomorrow's post:

(cross posted at Next Best West)

Posted by Bax on 2/25/2010 11:00:00 AM
Email ThisBlogThis!Share to TwitterShare to FacebookShare to Pinterest
Labels: Frugality